Great changes are at our doorsteps. Planet Earth and all her inhabitants are about to be liberated from the grip of the Dark Forces, that have kept our beautiful planet in a quarantine status for the past 26,000 years.

The Dark Beings invaded our world 26,000 years ago; this invasion encompassed both physical and non-physical Earth planes. It also locked the 3rd dimensional Earth reality within a Veil – a conglomerate of special electromagnetic technologies, that prevented Tachyons and other positive particles from reaching Earth's surface. They successfully siphoned the primary anomaly into our Solar system and embedding a part of it into the Earth's non-physical planes. 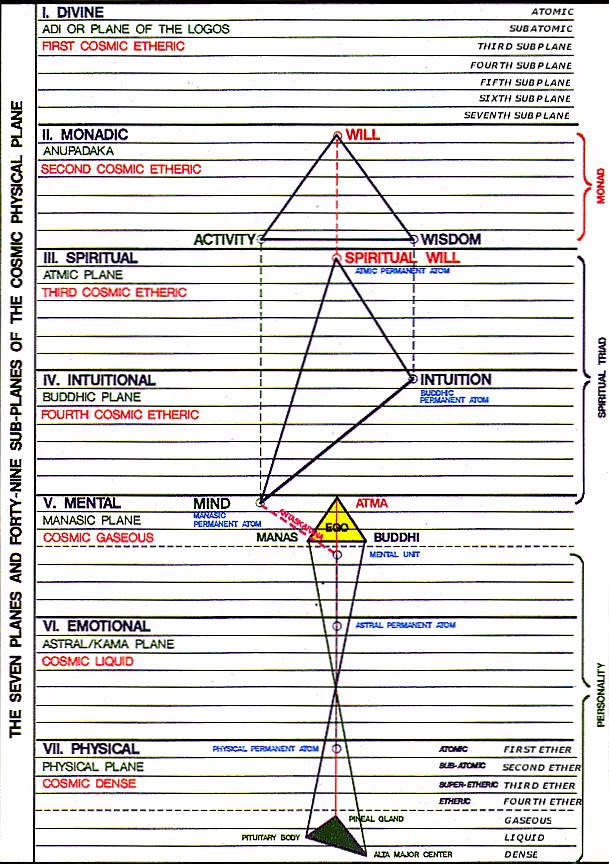 The dark armies barricaded our world and prevented positive ET species from reaching us. The dark forces have since controlled all vestiges of human society by enforcing an inhibiting cultural programming and also by implanting us with special plasmic and etheric implants, that we all received upon incarnating. The Golden Age of Atlantis started to decline, the collective consciousness of humanity was separated from the divine feminine aspect of creation and corrupted with negative thoughts and emotions until the final deluge of Atlantis, that happened 13,000 years ago.

This quarantine has kept us in a perpetual loop of reincarnations, preventing our souls from escaping this terrible reality of inequality, agony, and suffering, for the Earth's non-physical planes of the 4th dimension (plasmic, etheric and astral planes) were also invaded and heavily monitored. One of the greatest lies the dark forces came up with was that Earth's reality is a ''spiritual school'', where souls can reach spiritual enlightenment and higher understanding faster by going through series of lifetimes of hardships, pain, loss, suffering, etc. This is simply not true; in fact, such experiences are detrimental to the soul's growth. To help you understand this, you can imagine once pure coastal environment polluted with oil: flora and fauna start to deteriorate; no species can thrive in such environment and it is the same with souls' growth. Negative scenarios, experienced by captured souls en masse has served only one purpose – to control Earth's inhabitants in an environment of entropy and keeping the dark forces in power. Aside from keeping us in a neverending soul recycling process, the quarantine has also been preventing contact with positive extraterrestrial species and cutting us off from the rest of the Universe and Source, the Universal Consciousness that created all that exists in this current cycle of creation.

Earth was not the only planet occupied by the dark forces, for they laid waste to entire sections of our galaxy. There is a special Galactic Codex, which states that positive military forces can liberate the occupied planets with force if necessary and so the battle was waged in our galaxy (and also in the neighboring galaxies) for millions of years.

However, our beautiful Gaia is the second planet suffering total quarantine, that was established in the Milky Way galaxy (the first one was created in the Rigel system, which is now already liberated). Total quarantine means that no information goes in or comes out, that's why the higher vibrational beings had no idea what was going on or what danger lied ahead and for this reason the process of liberation of Earth and our Solar system has been proceeding very slowly.

Many starseeds volunteered to incarnate into the quarantine Earth to help liberating it, knowing, that bringing the quarantine down will not be easy and that it will take time. From incarnation to incarnation, the positive forces of Light have laid seeds for humanity's prison break.

Every being in this Universe, no matter how technologically primitive or advanced, has a right to be contacted, if he/she desires to be, so forget about Star Trek's Prime Directive and prepare to reconnect with the rest of the Universe and our beloved star family.

We Love First Contact Blog was created to manifest the first steps of First Contact with Positive Extraterrestrial races. These contacts are already happening, for most people in their dreamtime or during deep meditational states, during which we as 3D beings can reach higher planes of existence with our energetical bodies, and most ET's exist in the 4th, 5th and higher dimensional states. The more the Earth's higher planes (most notably the plasmic plane) are cleared of the primary anomaly, the more frequent and strong these dreams or meditative encounters will be.

A lot of people are having regular dream contacts or remembering alien languages they spoke when they were incarnated in different races, but are afraid to speak of their experiences out fear of being shunned or laughed at by their friends and family members. It is important to know, that people reacting this way are only doing so because their implants are triggering them against you. Everyone was implanted upon reincarnation in their current lifetime (and also previous lifetimes), but some people can resist these triggers easier than others. We all need to have patience, an open mind and willingness to level all old concepts and belief systems down, as most of these are based on principles of an invaded society, which at this point still exists in entropy.

It is important to know that First Contact will not occur only with ET species from other star systems; indeed there is a subterranean civilization, that lives underground, far away from the system of control and separation. These spiritually advanced people escaped the destruction of Atlantis and settled in the great caverns below the surface of the planet. They have kept the purity of their minds and hearts that we, the surface population, had before the invasion of the dark forces. In most ancient texts, the positive underground civilization was known as Agartha. The beings known as fairies, angels, mermaids, dragons, etc. are also beings that are returning to Earth's surface, the clearing of primary anomaly is in progress.

But sharing positive contact with ET species or underground civilization is not the only purpose of this blog; you are all invited to share your visions of the coming Golden Age. Tell us what you think or feel will change after the Earth is liberated. What will the cities look like? What technological advancements will we reach? What will our new society look like?

You can contact us using the following email addresses:

By posting numerous dreams contacts with positive ET races we will create a wave of positive flow for liberating planet Earth and for manifesting a physical First Contact, which will first come in a form of private visitations and after a while, when a critical mass of people accepts these encounters as real and not as photoshopped fakes, the humanity will be ready for the official First Contact, which is currently planned to happen at the United Nations' building.

You are also invited to share your past lifetime memories – do you remember any incarnations from Earth's history, the true human history? Do you perhaps remember any lifetimes you had as an ET being before coming to Earth?

But that's not all, share with us what would your ideal personal first contact be like - how would you like to be contacted, by which ET species, in what spacecraft or by some other means, imagine every little detail you would like to experience. Perhaps it could happen exactly the way you imagined it would! However, if you visited the aforementioned link and read it thoroughly, NEVER share if you made the Contact Dish Protocol decree or not.

Those of you, who would like to share their memories or dreamtime experience are free to do so anonymously if necessary. We also heartily welcome any pictures of ET dream encounters (or other interdimensional encounters). You do not need to be a professional artist, just draw from the heart, even if it is only a sketch – not a single sketch will be deemed as ''too unprofessional to be posted''.

However, we kindly ask you not to send us your channeled material. Even though channeling is a legitimate technique for communicating with positive higher dimensional beings, one must be sufficiently skilled in recognizing astral shells from the benevolent beings, because until the Earth is fully liberated, the dark forces can effectively mask positive energy signatures or interfere with channeled messages and corrupt their meaning.