My dreamtime experience with representatives of four ET races - by LWStarGazer

I would like to share one of my dreams, where I met with real, benevolent ETs. This was not the first time I saw ETs in my dreams, but it's one of the few dreams I still remember extremely clearly to this day. This dream meeting happened back in 2015, I cannot remember which month exactly, but I guess it is irrelevant at this point.

I believe the entire meeting was meant for my Higher Self, as I don't know what was going on at the meeting, more specifically what was its purpose or what we were discussing (there was a big table, like the ones you see during council meetings, so I assume it was some kind of briefing). However, my Higher Self allowed me to remember a full conscious minute (or perhaps more) with four ETs, each a representative of a different species. There were two females and two males. I remember seeing their faces very clearly even now, four years later. I do not know their names, but I do remember each of them radiating very warm, peaceful and loving frequencies. As far as I know, all of the following positive ET races are assisting the planetary liberation process.

A woman from Tau Ceti: 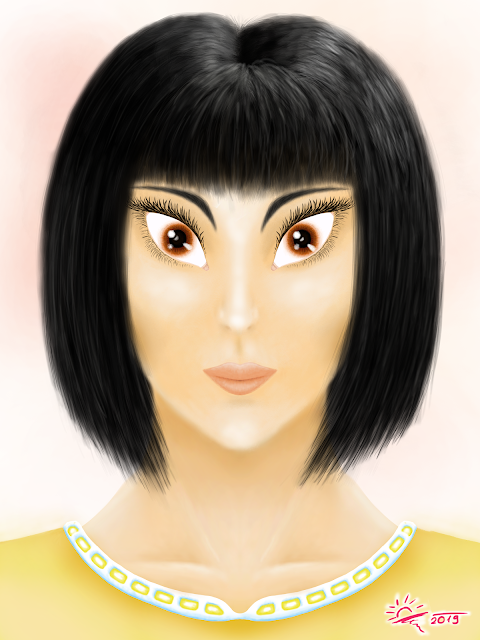 I remember her face looking silky smooth. As you can see on the painting, her eyes were positioned vertically by approx. 45° degrees. If I remember correctly, her ‘necklace’ (part of her suit) was slightly pulsating.

A woman from the Pleiades (possibly from the Taygetan star system): 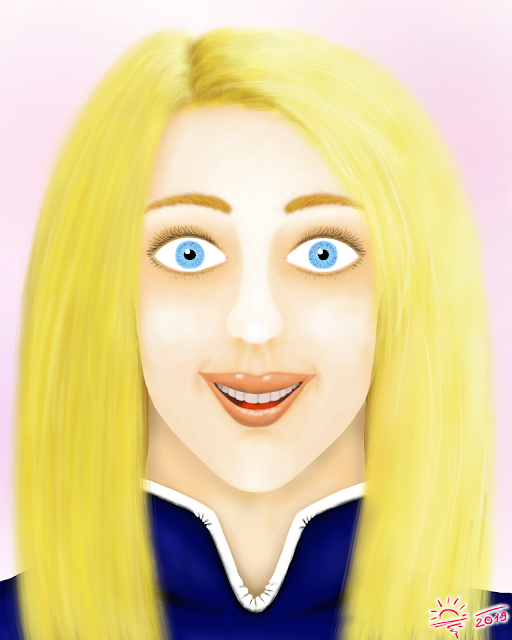 Her big eyes really stood out. It felt like she was really happy. Pleiadian humans look just like Earth humans, they are our sister race.

A man from Arcturus: 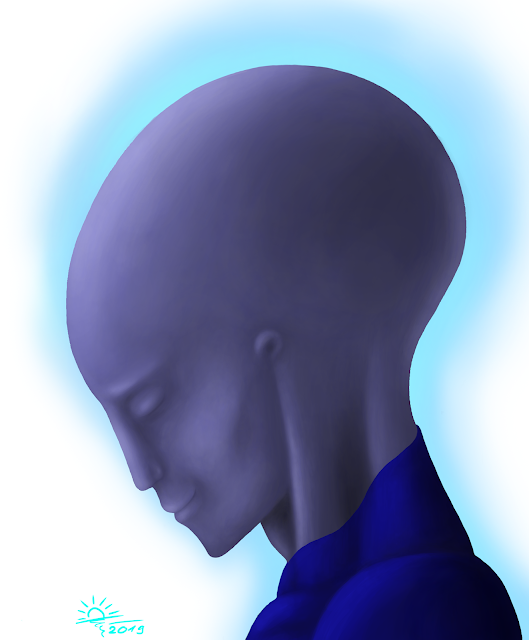 I only saw the left side of his face. I think he’s the same being I saw when I was a child visiting an Arcturian mothership sometime between 1993 and 1995. I think that the light blue glow was his aura. The suit he was wearing looked like it was made of energy, almost merged with the skin – it’s probably the same principle that was presented in the movie Green Lantern (2011). And no, he was not a Gray being - in a few of my dreams I've seen some Grays too and he felt and looked like nothing of the sort, he had a completely different body structure and soul emanation, he felt very peaceful, very loving. 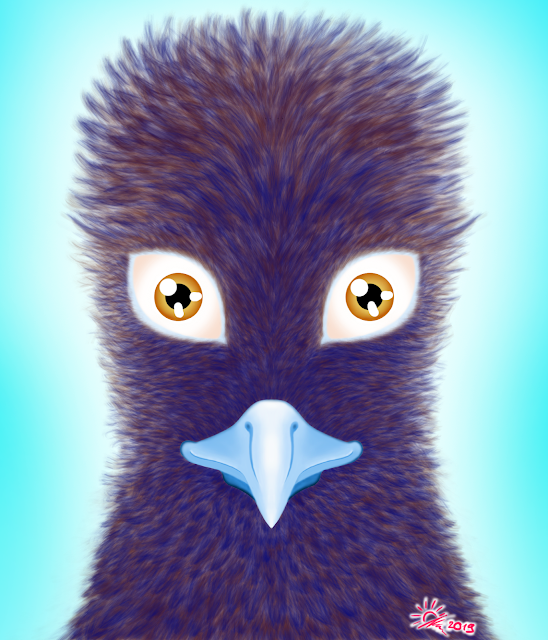 I was quite surprised when I woke up, that a Blue Avian being had visited me. Corey Goode describes them as blue, but this one had feathers which were two thirds brown and one third blue (the tips of the feathers were blue). He let me touch his face and his feathers were the softest thing I’ve ever touched. As he moved, his feathers looked almost like iridescent. Unfortunately I lack the digital painting skill to properly portrays his feathers the way they were for real (even though I’ve been drawing and painting since a very young age, I have only recently started painting digitally and am still learning the basic skills). Perhaps one day in the future, when I’m more proficient, I’ll paint him again.

Link to Corey Goode's website, where he describes his perspective of the Blue Avians: https://spherebeingalliance.com/

Besides these four different ET species, there was also a group of humans from Earth present at the meeting, they were there for security only, all males (at least I don’t remember seeing any female guard).

And please use discernment, the portraits are fairly accurate but it’s more than possible, that they do not look exactly as they were represented here as this dreamtime meeting happened four years ago, even though it’s still one of the best memorized personal ET dreamtime encounter events.

I’d like to remain anonymous for the time being.

Since there are a lot of negative connotations lately with the suffix ''phile'' (in light of recent revelations about the extent of child abuse networks), I'll change my pseuodonym from an Astrophile to LWStarGazer while keeping my deep interest and yearning to once again reach the great vastness of space known with the chosen name.
Labels: Arcturians Blue Avians Dream State Contact Pleiadians Tau Cetians