Dreams about the Event, a Draco/Cabal attack and a false flag alien attack staged by the Dark - by Lars Jönsson

17th August, I had a dream about the Event finally taking place. That was the very first time I dreamt about it and I saw a very bright star (almost like this one: 🌟) moving slowly across the sky, from left to the right, originating from something that looked like a portal or cosmic window of some kind. There were a few people standing just beside me, and they were all amazed by the rare spectacle taking place in the sky. I remember myself saying ”-Yes, it’s really beautiful but I can’t believe the Event just happened”.

I didn’t get any feeling of the time aspect though, just got a strong feeling of great relief afterwards.

The last nights (10-11th September) I've had some really vivid dreams about what might happen in a near future. For two days in a row, I dreamt that the Dracos had staged a false flag alien attack. In one of the dreams (the one I remembered most details from), people were crying and panicing and it was a complete chaos all over the place as the mainstream media reported about ”a force of an unknown origin that had attacked and destroyed two ”radar stations”. I remembered myself saying loud: "-I told you so and now it's happening". At the same moment, I got goosebumps on my arms as I knew this meant the Light Forces would intervene and finally put an end of the reign of the dark forces.

This night (12th September) I had a another dream where myself and someone else where chased by some dark beings, so we ran to a small vessel and flew away very quickly to try to escape. In some way I knew we were attacked with some kind of scalar weapon, so we defended ourselves with something that felt like a sonic/sound technology that was activated by pinching on a touch screen, which made it possible to zoom and fire off agains these beings in order to defend ourselves.

These dreams are so much more real than any dreams I've had before and I find it really difficult to go back to the "reality" again. 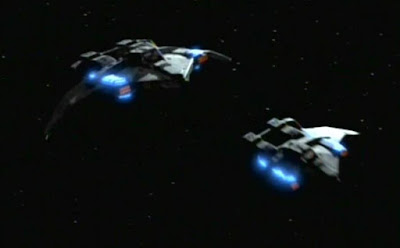 ---------------------------------------------------
Do you want to share with us?
Do you have any experience of contacting positive Extra-Terrestrial beings in the dream state? If so, and if you want to share it, you can send this to the following email addresses, then we will publish them on this blog.
welovefirstcontact@tutanota.com
welovefirstcontact@gmail.com
You are also invited to share your past life memories. Do you perhaps remember any lifetimes you had as an ET being before coming to Earth?
You can also send us your visions of the Golden Age as well. How would life on Earth be? How human beings would interact with positive ET?
Those of you, who would like to share their memories, visions of Golden Age or dream time experience are free to do so anonymously if necessary. We also heartily welcome any pictures of ET dream encounters (or other interdimensional encounters). You do not need to be a professional artist, just draw from the heart, even if it is only a sketch – not a single sketch will be deemed as ''too unprofessional to be posted''.
We prefer to receive your experience in English, but we are also happy to get them in any other languages and we will put up the English translation in our best efforts as well as the original version together.
More information on what can be shared with us can be found here:
https://www.welovefirstcontact.com/2019/08/are-you-ready-for-first-contact.html
Labels: Dream State Contact