It all started when I was 15. The moment i stopped drinking soda's to have a better health. Keep in mind I became a vegetarian on June 24, 2016. Which I'm 27 now. I also meditated for 10 years none stop.

I saw a huge black spacecraft in the sky when I was in the back seat of the car with my uncle and other family members whom I can't remember that was in the vehicle with me, I was the only one that spotted it. It made no noise and was suspended in the air like gravity didn't exist. I pointed it out and they saw it too.

Till this day oddly I'm the only one that remembers, then on to when I was 17 I was meditating In the living room. When i was finished, I heard a voice of a woman inside my head communicating with me telepathically. She only said my name. So I went out to the backyard to look outside I didn't see anything out of place.

Around that time period of when I turned 18 I had a unknown visitation, I was in the bedroom watching tv and I heard something fall in the bathroom in the tub. So I went to go check and by my delight I saw an alien face print embedded in the tub, I couldn't wash it off at first but after a few days it came off, it looked like an Alien upsidedown tear drop head the size of my hand with 4 eyes And 5 dots on its head. I can remember it like it was yesterday.

Fast forward to when I was in my early 20s I had another visitation while I was in a state what people call sleep paralysis, I call it a place were your stuck in between being awake and asleep not of your own will, it feels like another realm were you cant move but you can see and hear. I've had numerous happenings of this, first time I was in my bed and I saw a shadow being, it started shape shifting in front of me then next to me at an unbelievable rate but the final form was a 7-8 ft tall reptilian with a yellow Iris and black slit cat like pupils, it was breathing like Two full Adults combine. It stared at me breathing really hard for 6 minutes then it jumped in a portal and disappeared.

Next visitation I had was a day after my birthday when I turned 24. I knew and felt that something bad was going to happen. Cause the night before i was uncomfortable before i went to sleep..I was in sleep paralysis again upon trying to wake up, I heard my little sisters on my dad side running past the door to the front.

I couldn't call for help, which they always knocked on the door to come see me, strangely they haven't...as I was in shock, as a portal open in front of me my bed sheets started to float then I started to levitate, I was being turned around on my left side to see that the floor was giving off this green light but also saw a feminine being that had a curvy look,not skinny at all..the green light was obscuring her features but she also had long hair..with 2 other Beings that looked like tall greys to assist her.

I felt a huge hand what felt like 3 to 4 fingers on the back of my head almost touching my face pulling me down from out of the air to the bed pinning me down to my pillow while the other one Hold my ankles so who ever this feminine being is could put something in my right side.

After they were done they laid me back in the previous position i was in before they had showed up then went through the portal and left, the next day around the morning time i had another visitation, which once again i couldn't move.

A feminine being that unlocked my room door from the outside came and floated in instead of walking. She looked like an essassani, not saying she was but her features match that race but the eyes was opal and she had long black hair and a dark robe. She stared at me for 10 minutes watching me, some odd reason i felt as if she gave off a positive energy. as she gave her last stare she nodded her head up and down and floated out locking the door from the outside and never to be seen again.

When she left i was able to move again, I got up to check around the house to find out that i was home alone.

Maybe she was protecting me. So I went to a metaphysical store to get stones according to my zodiac Aquarius, after I got them, i haven't received no uncomfortable visitations.

Currently now in the year 2020, I've had a spike in messages and signs from what could be the galactic federation. I've had a dream but this time i was in a house thst I've bought and never seen before, a woman's voice calls out my name in 10 second intervals, as i stepped outside it was foggy, I couldn't see anything.

As I looked around she said my name one last time and all of a sudden the mist cleared itself only in the area i was standing to reveal a craft with diamonds and crystals on it dangling in the sky like a chandelier, it was so beautiful. As the most parted making way for me to see the craft, I also saw the rays coming from the sun. Everything was in complete silence.

After that dream I had two more after that one on down the line before the main one, The first of the two started when i was dreaming that I was at my dad house and the TV was showing that the galactic federation was all over the Earth, i stepped outside to see spherical crafts all over the skies landing on the ground to make contact, I felt a sign of relief. It was like a blur, it happened so fast that it felt like a message.

But the second dream of the two showed a spherical craft from the previous dream taking me to the mother ship and by the grace of the universe i couldn't believe my eyes, it was so many colorful lights and ships of many kind aboard the craft.

It was like anything I've never seen in my entire life, it was like i was brought into a 5D reality, I can also remember the other crafts bringing aboard those who were ready for ascension as some leave out. It was so vast And advanced.

But months after those dreams, lately around the end of August, upon waking up out my sleep, this time i wasn't dreaming. I saw light writings of an unknown language I've have never seen before all over every part of my room, I thought my life was about to change at that moment.

I stand up to look around and as fast as i saw it, it started fade away.

But 2 months later around the beginning of October I had another dream that was so vivid it felt real..in this dream, The Galactic federation won the war against the dark forces, I can remember seeing beings apart of the galactic federation come out of their ships to come greet me, it was Three of them, oddly they always come in pairs of 3 from data i researched over the years.

First being had blue skin, no hair, pointy ears, blue robe and was a very beautiful female, the Second was a female who had pale skin, white hair, white eyes and wore a white robe, the Third was a male standing in the middle, He had spots on his skin like a turtle, long black hair and pointy ears...he was dressed and acted like a vulcan from star trek.

As they approach me they all stood in front of me with a smile on their face, the one in the middle said to me

"Prepare yourself for a new way of life and to get ready to meet our galactic kin, say your farewells to all of your love ones for you and many others alike will be coming with us." I replied " Under one condition, i get to visit my family every year." It was agreed upon.

They all gave me hugs and welcomed me to the family.

I said my goodbyes.

Afterwards, I left with them on a personalized star pod.

The last thing i saw whilst departing was the Earth and it's blue glory in space giving off loving energy.

Do you want to share with us?
Do you have any experience of contacting positive Extra-Terrestrial beings in the dream state? If so, and if you want to share it, you can send this to the following email addresses, then we will publish them on this blog.
welovefirstcontact@tutanota.com
welovefirstcontact@gmail.com
You are also invited to share your past life memories. Do you perhaps remember any lifetimes you had as an ET being before coming to Earth?
You can also send us your visions of the Golden Age as well. How would life on Earth be? How human beings would interact with positive ET?
Those of you, who would like to share their memories, visions of Golden Age or dream time experience are free to do so anonymously if necessary. We also heartily welcome any pictures of ET dream encounters (or other interdimensional encounters). You do not need to be a professional artist, just draw from the heart, even if it is only a sketch – not a single sketch will be deemed as ''too unprofessional to be posted''.
We prefer to receive your experience in English, but we are also happy to get them in any other languages and we will put up the English translation in our best efforts as well as the original version together.
More information on what can be shared with us can be found here:
https://www.welovefirstcontact.com/2019/08/are-you-ready-for-first-contact.html 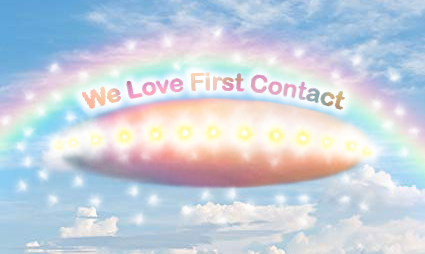