A short vision during a meditative state - by LWStargazer

I'm so happy to see that so many people shared their dream time experiences about ET contacts and other visions. The energies that pave the way to First Contact, both private and public, will continue to grow. My wish is that these dream encounters and visions start to happen even more frequently for everyone, also for the unawakened people, to slowly prepare them for what is to come, for I feel that things may explode pretty soon in that direction, and they'll need to realize a lot of things so fast it may be overwhelming, not just for them, but for us as well.

There are so many things going on lately, not just at the physical level, but at the energetical level as well. I know that many people, who's senses are advanced enough, were feeling this quite intensively already for months if not for years. At this moment, I am not so developed at sensing the energetical changes around the world, so when I do sense them, I know that it must have been very strong for me feel it.

Things can be felt so intensively now, that even if I don't step out through the door, I can feel the lightships so close to the surface, I get the feeling I could reach them with my hand. Whenever I meditate, I can feel the positive underground factions so close to me, and the memories that come with these moments are sometimes so intense I can barely take it, all those old memories and emotions of pure bliss from so long ago start pouring in.

I would like to share a vision of sorts, that came to me in a meditative state last week. I pierced the veil of a possible future: if the Event happens before December 21st 2020, then on that day, there will be a first global unified mass meditation by the whole humanity, a first planetary unified global mass meditation to officially start the Age of Aquarius and this will mark the start of not only the new Golden Age, but a true unity of people on Earth. Imagine 7.5+ billion people meditating! I could feel the glimpse of that collective concentration, the energies were so great, I cannot describe them, this is what one could feel on other liberated planets. I pray this happens for real. If everyone on this planet could feel how the surroundings on liberated planets feel like, there'd be a worldwide revolution within the hour. I think the implants won't be able to block people from the incoming energies for much longer.

Unfortunately many people are unfamiliar with global mass meditations, so we need to take baby steps for those who are new to all of this. With worldwide lockdowns now taking effect, people now have time to ask questions, to see the big picture, to talk and connect with their family members and neighbours if the current situation of course allows it.

And most importantly, most people around the world now have the time to meditate.

Meditation itself is just as important as physical exercise, in fact both these activities are needed for a healthy and happy life. I know a lot of people dismiss the idea of meditating simply because it makes them think of some eastern religion they do not want to be a part of, or they simply decline the notion of it for being a stupid thing to do and a complete waste of time.

But it's not a waste of time, not at all.

Meditation is a powerful tool which you can use to look within and work on yourself, it can make you see the inner turmoil that needs to be healed, sharpen your intuitive senses, it can help you develop psychic abilities or clear your personal channel with your Higher Self and your spiritual guides. If your channel is clear enough, one can receive visions or telepathic contact with positive ETs.

With meditation one can also influence the course of events in his/her life or change the energies of the surrounding environment. The more people gather in the same place at the same time, the greater and stronger the effect on the surrounding environment will be. This is where mass meditations come into play. As a collective, we have the power to change the world events for the better of all beings on our beautiful planet. Collective intent, when numerous enough and synchronized, can influence the fabric of space and time of the whole planet, even the solar system or galaxy. Synchronized means that every participant visualizes or feels the same intent at the same time, this is how the group effect on the spacetime continuum is amplified to its highest potential. This is nothing new for the old civilizations or gurus or mystics. Although not so widely known, the positive effects of mass meditations were proven with science as well:

There is an important global synchronized meditation taking place in less than a week's time and in light of my meditative vision I received last week, I would like to invite everyone who are reading We Love First Contact blog, to join this meditation, which is called the Ascension Timeline / End of Coronavirus Meditation. This global mass meditation will take place on April 5th 2020 at 2:45 AM UTC. The organizers wish to not only reach the critical mass of 144,000 participants, but to exceed it and reach one million participants to influence the fabric of space and time in favour of everything that is positive. With this meditation, we can influence the course of events on Earth to move to a more favourable timeline for the liberation of planet Earth, First Contact and the ultimate Ascension. 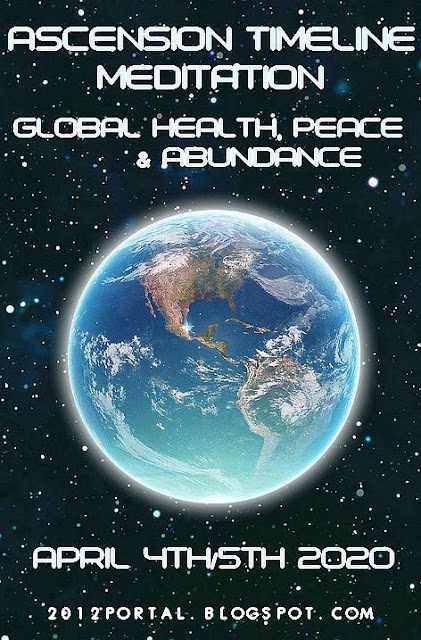 Please share the news about this meditation far and wide with everyone you know. Do not be discouraged by people who ignore your invitation, for there are surely some, who would be interested in joining. Even for those, who are new to synchronized meditations, there are many beautiful promotional videos, which offer basic information about the upcoming global mass meditation and there are also guided videos available in many foreign languages. To be synchronized with others, simply play the guided audio at the exact start of the meditation (make sure you check your timezone) and simply listen. The meditation itself is only 20 minutes long, and I think everyone who is interested can take 20 minutes of their time to be a part of something bigger, to assist in an important endeavour of both the positive ETs and the awakened surface population.

The updates of this important global mass meditation can be found here:

There never was a million people meditating in a worldwide mass meditation before and so I would like to share one of memorable moments from the movie The Matrix: 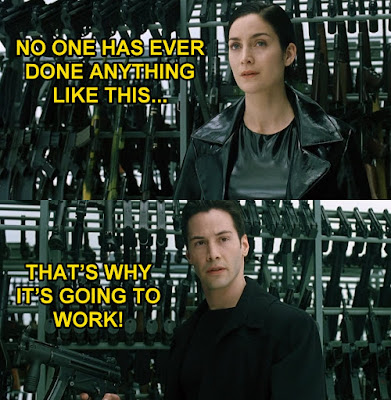 Together we can make it happen! See you there!

Victory of the Light!!!